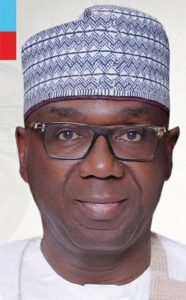 Kaduna State Governor, Mallam Nasir el-Rufai has described the Nigeria Security and Civil Defence Corps (NSCDC) as the best for tackling insecurity in the state.

The Governor made the commendation on Wednesday in Abuja when he paid a courtesy visit to the Minister of Interior, Ogbeni Rauf Aregbesola.

El-rufai said that he was in the Ministry to congratulate the Minister on his recent appointment.

He also sought for collaboration on how best to tackle the spate of insecurity in the state.

He said that “the Federal Government has done creditably well towards restoring security along the Kaduna-Abuja Expressway through the deployment of security personnel from all relevant Ministries, Departments and Agencies that are in charge of ensuring security in the country.

In response, Aregbesola called on State Governors, particularly those of the North East and North Western Zones of the country to emulate the Kaduna State Government’s model of tackling insecurity through the deployment of modern technology to support the effort of the Federal Government and security personnel in combating all forms of crime and criminality in the zones.

“Through the use of modern technology, the menace of banditry, cattle rustling, kidnapping and other vices bedevilling the country will be put behind within the shortestshortest,“he said.

Related Topics:El-RufaiRauf Aregbesola
Up Next