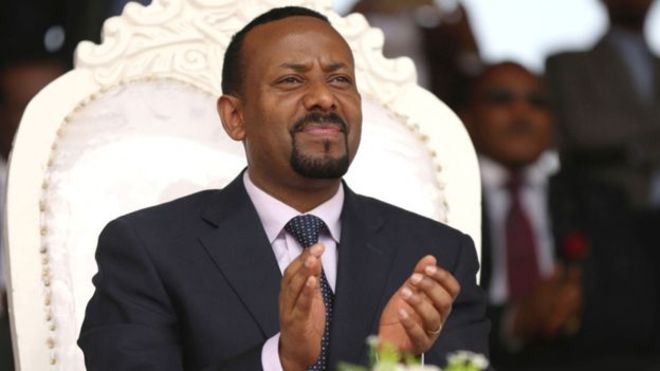 Abiy Ahmed, the prime minister of Ethiopia, has won the 2019 Nobel Peace Prize, the Nobel committee announced on Friday.

Mr Ahmed, 43, was honoured for his efforts in restarting the peace talks with Eritrea that ultimately resolved the crisis between the two countries.

The two nations have ethnic and cultural ties, but decades of animosity between them had torn families apart and worsened Eritrea’s isolation as a repressive country.

Nearly 100,000 people were estimated to have been killed in cross-border attacks between the two countries in twenty years.

A peace treaty was signed by both countries at a summit that took place between July 8-9, 2018 in Eritrea, leading to a gradual and beneficial friendship between both countries.

“In Ethiopia, even if much work remains, Peace Laureate Abiy Ahmed has initiated important reforms that give many citizens hope for a better life and a brighter future,” the Nobel committee said in a statement on Twitter. “As Prime Minister, Abiy Ahmed has sought to promote reconciliation, solidarity and social justice.”

The 2018 Nobel Peace Prize was jointly awarded to Nadia Murad and Denis Mukwege. Ms Murad, a 26-year-old Yazidi woman, was honoured for her support towards women who survived sexual and domestic violence from Islamic State militants.

Mr Mukwege, 64, is a Congolese gynaecologist, who was honoured for treating thousands of women and other victims of the violence in the Congo.

The Nobel committee said this year’s peace prize also honoured those who contributed in resolving the cross-border conflicts across East Africa.