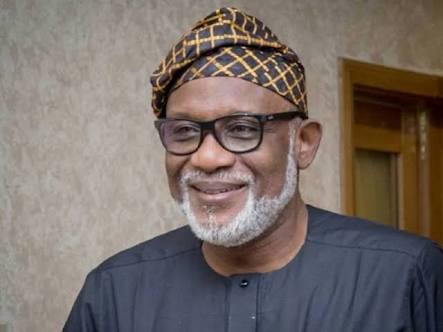 – The Group recalled that the Governor was suspended, shortly after the last general elections

The Ondo Movement for Accountability and Good Leadership (OMAGL), has said that the All Progressives Congress (APC) members and Nigerians had the right to know the outcome of the suspension on the State Governor, whether it had been vacated or still subsist.

The group recalled that the Governor was suspended, shortly after the last general elections.

The movement, in a statement by its National Co-ordinator, Abiodun Fanoro said: “The public deserves and wants to know if the suspension is indefinite.

“If it has been lifted, how was it resolved. Was any panel set up to investigate the alleged offences allegedly committed that led to his suspension? What are the findings? Is the Governor exonerated or found guilty and if found guilty, what are the sanctions and if not guilty, why has the party not apologised to him?”

It added: “The failure of APC to come out with a clear statement on the culpability or otherwise of Governor Akeredolu goes to establish two statements of which one must be authentic and correct.

“One, it is either the party is taking its members and the electorates for a ride; that they don’t matter when it cones to election as a result of its refusal to take action on the allegations against the governor, or the governor did nothing wrong and the party is merely crying wolf.

“Is APC naive not to know that it is going to meet Ondo State people, especially the electorates, who are enlightened, highly conscious and sophisticated, at the poll soon? Or is the party saying the people have no choice where you have a now well re-positioned Peoples Democratic Party? APC is surely digging its own grave by some of these in-actions.”