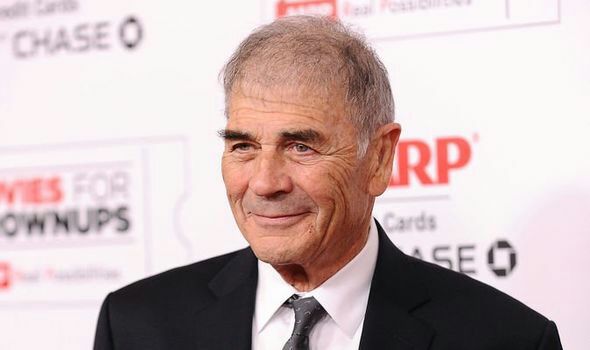 Robert Forster , a character acting stalwart who was nominated for an Oscar thanks to his work in Jackie Brown , has died. He was 78.

Born in Rochester, New York, Forster began his acting training while at the University of Rochester, where he began as a law student but would go on to earn a Bachelor of Arts degree and starred in student drama presentations. He launched his career on Broadway before landing a role in John Huston’s Reflections In A Golden Eye . That would be the spark for a long-lasting career that would take in more than a hundred movies and a lot of TV series. His weather-beaten, expressive face was easily recognizable, even as he sank into his roles. Forster could easily switch between genres and styles, comfortable in the genre likes of

Alligator , Vigilante, The Delta Force and The Black Hole and more straightforward dramatic work. His credits are far too numerous to name, but chances are you’ve seen and enjoyed him in something you’ve seen.

Quentin Tarantino created the role of Max Cherry with him in mind, and like several other actors, it helped him win a whole new audience and saw his career rejuvenated. Other work beckoned, including the role of Ed Galbraith, AKA The Disappearer on

Breaking Bad . And – spoiler alert – if you want to enjoy his work on that front again, he appears in El Camino .

“You’ve got to have a good attitude. Accept all things, deliver excellence to whatever is offered, give it your best shot,” Forster once said. “And never quit. It’s not over ’til it’s over.”

Check Out Who Emerges Winner ‘Most Beautiful Girl in Nigeria’ 2019