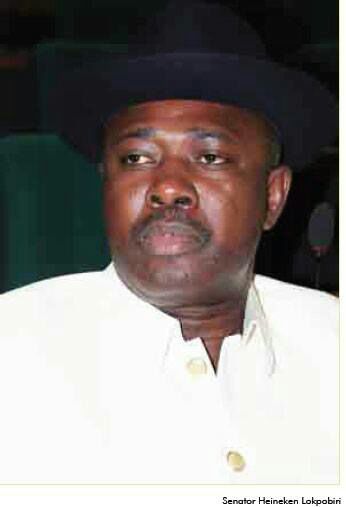 With less than six weeks to the November 16 Bayelsa State gubernatorial election , another major crisis is presently rocking the state chapter of the All Progressive Congress ( APC ) as two factions emerged yesterday. While the two factions laid claim to leadership , they were also suspending each other ’s executives .

The faction loyal to former Governor and Minister of State for Petroleum , Timipre Sylva, suspended some factional members loyal to former Minister for state for Agriculture, Heineken Lokpobiri .

The faction loyal to Lokpobiri in turn indefinitely suspended the Sylva’ s factional executives led by the state Chairman , Jonathan Amos and other officers over alleged acts of misconduct and intentionally creating division in the party .

Those members of the party suspended by the Sylva -led faction include, the party ’s deputy state chairman , Ogeibiri Orubebe , its Legal Adviser , Toborowei Olorogun , and the Ekeremor local government Chairman of the party , Amasighan Azikiwe .

In a statement issued by Sylva- led faction indicated that the suspension order became imperative following the petition brought before it at an emergency meeting held at the state party secretariat in Yenagoa .

State chairman of the party, Jonathan Amos explained in alliance with the resolution reached by the committee that , the aforementioned people were suspended due to gross misconduct and anti -party activities which was reported and investigated .

He said , after the direct primaries of the party which saw the emergence of Chief David Lyon as the party ’s candidate for the November 16 elections , it is expected that whatever diverse interest anyone had before the primary , should have been dropped for the overall interest of the party .

According to him , the said persons’ refusal to drop the pursuit of their personal interest , is a clear indication they are against the party and their actions could mar the predicted success of the party , necessitating their indefinite suspension from the party.

The Assistant Organising Secretary of the party , Tari Emberru who raised the motion for their suspension , maintained that the consistent show of truancy and misconduct by the affected persons, undermines the unity of the party and should not be tolerated .

Also speaking in favour of the motion , the state party auditor , Barrister Doumo Ogbomani argued that the affected persons have acted against article 31 section A; subsection 7 of the APC constitution , stressing that a house divided against itself can not stand.

It is gathered that , the committee also used the medium to advise the general public to henceforth seize to deal with those set of suspended persons as members of APC , adding that whoever does that , is doing it at their own peril.

But , the Lokpobiri loyalists in a swift reaction and led by the state deputy chairman , indefinitely suspended seven of its officers over alleged acts of misconduct and intentionally creating division in the party.

The suspension they said was pursuant to the report of the State 4 -man Disciplinary Committee over formal complaints against various party officials .

PDP To Sagay: Tell Buhari The Truth, Corruption Resides In His Presidency