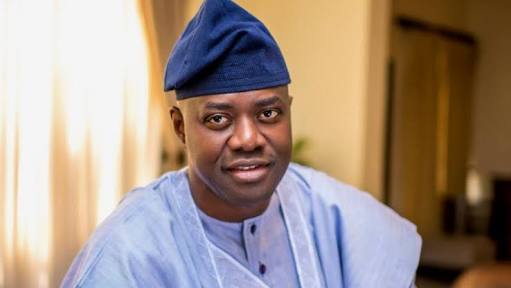 The Oyo State Governor, Oluseyi Makinde, has said that the All Progressives Congress (APC) criticism over N7.6 billion loan being redirected should go to the former Governor Abiola Ajimobi who obtained the loan, not him.

In a statement through his spokesman, Mr Taiwo Adisa, the Governor, who described the decision of the state House of Assembly to grant immediate access to the loan facility, said the loan was borrowed from the Central Bank of Nigeria (CBN) for “agricultural equipment” by the former administration of Governor Abiola Ajimobi.

Adisa indicated that Governor Makinde had, in May 2019 when he was still Governor-elect, moved to prevent the misappropriation of the funds by approaching the Oyo State High Court in Ibadan to get an injunction restraining the Ajimobi-led administration from accessing and spending the loan few days to the end of the tenure.

Governor Makinde maintained that contrary to insinuations that he was obtaining an additional N7.6 billion loan after an initial approval for N10 billion loan facility for infrastructure development, the N7.6 billion loan had already been approved by the CBN before he got to office.

He added that the apex bank had begun to deduct money from Oyo State’s Federation Account Allocation Committee (FAAC) allocations from source to repay the loan.

The statement added: “The farm estates will serve as pilot schemes for our Private Public Development Partnership (PPDP) farm estates and will eventually generate funds to develop the other seven farm settlements in Oyo State. This is a deliberate plan aimed at creating sustainable development in the state.

“The N10 billion is still intact as it has not yet been accessed. The loan is meant for specific infrastructural development projects. Once the Due Process Office is through with the approval process of hiring contractors for the earmarked projects, we will start accessing the loan to fund these projects.

“Our administration will continue to be transparent and accountable to our people about how public funds are utilized in the state. We will ensure our people get value for any project that we execute, and also ensure that infrastructural development projects are tied to our economy.”