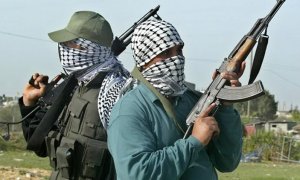 Abductors of the pregnant woman identified as Mrs Okeke who was abducted by gunmen with two other children aged 9 and 12 in their homes in the Juji area of Kaduna have made a demand of N10 million for each of their victims.

A source close to the family of the abducted persons told our correspondent that the gunmen called the line of the mother of the 12- year- old boy and asked that they be given the contact of the husband of the pregnant lady as well as that of the parents of the nine- year -old girl. They then demanded N10 milåion from each of them.

An eye witness who spoke with our correspondent said, “We heard shots around 1:00 AM and all of us ran in different directions.

”I ran to a nearby bush and hid until they left before I came out. It was this morning that we discovered that they left with the nine- year- old girl and the son of the woman who was abandoned but was able to find her way back to Juji this morning.”

Meanwhile, Saturday Nation learnt that, the police were in the area shortly after the incident.

Officials of the state government were also said to have visited the place this morning.

The police public relations officer, DSP Yakubu Sabo when contacted said he learnt there was an incident in the area.

Journalist Empowers Youths In Community, Vows To Do More If Elected