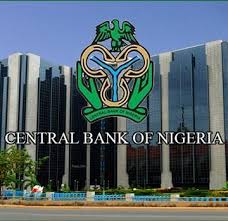 The Central Bank of Nigeria (CBN) has revealed that between January and November last year, the Federal Government made about N5.04tn from the sale of oil.

The oil revenue, according to the Central Bank of Nigeria economic report for November, was lower than the N8.77tn revenue target provided for in the 2019 budget for the 11-month period.

For the months of June, the country through the Nigeria National Petroleum Corporation made the sum of N336.6bn; July had N387.7bn; August, N484.8bn while September, October and November had N467.6bn, N577.3bn and N489.1bn respectively.

The decrease in oil revenue, relative to the monthly budget estimate, was attributed to shut-ins and shut-downs at some NNPC terminals.

The shutdown, according to findings, was due to pipeline leakages and maintenance activities.

Experts have said there is a need for government to broaden its revenue sources in order to raise adequate revenue to finance its expenditure.

The Lead Director, Centre for Social Justice, Eze Onyekpere, said that a good part of the revenue projections of government was not done in line with current economic realities.

“This indicates that overall, a good part of our revenue projections has not been based on empirical evidence. Further, if projected revenue in 2018 was N7.1tn and we missed the mark by 45 per cent and have also missed the mark by 30 per cent in the half year of 2019, the further increase in projected revenue to N8.15tn in 2020 seems to be hanging in the air.”- PUNCH

See Why Access Bank MD Was Invited By EFCC