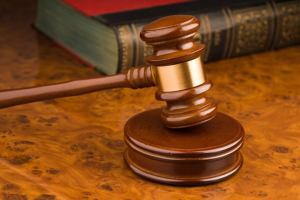 A 34-year-old businesswoman, Stella Ezeufoh, who allegedly defrauded her lover of N3.3. million on Monday appeared in an Ikeja Magistrates’ Court.

The police charged Ezeufoh, who resides in Dopemu, Lagos, with obtaining money under false pretences and theft, Vanguard reports.

The Prosecution Counsel, ASP Ezekiel Ayorinde, alleged that the defendant committed the offence on Nov. 30 at Cement, Lagos.

Ayorinde alleged that the defendant obtained the money from Mr George Abo, under false pretext

“The defendant fraudulently collected the money from the complainant with a promise of helping him to buy a car. She did not buy the car but converted the money to her own

Read Also: We Have Not Announced Increase In BRT Fare – LAMATA

She did not buy the car but converted the money to her own.

“When the complainant later came to ask for the car, she denied knowing him.

The offence, Ayorinde said, contravened the provisions of sections 287 and 314 of the Criminal Law of Lagos State, 2015.

Magistrate B.O. Osunsanm admitted the defendant to in the sum of N300,000 with two sureties as part of the bail condition.

Osunsanmi ordered that the sureties should be gainfully employed and show evidence of two years tax payment to the Lagos State Government(LASG) The magistrate adjourned the case until April 6.

We Have Not Announced Increase In BRT Fare – LAMATA