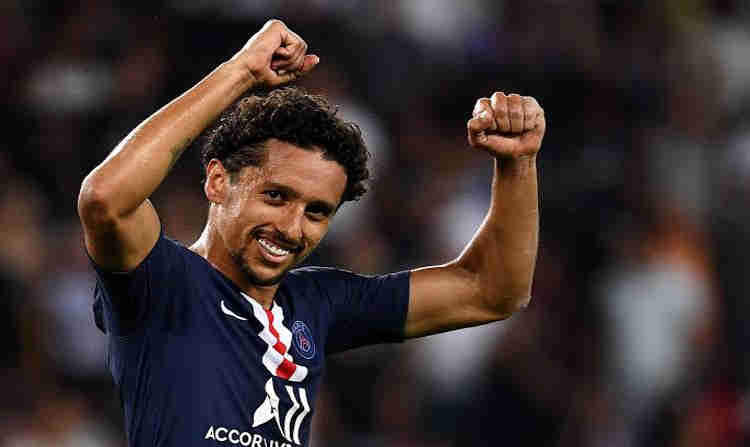 Paris Saint-Germain defender Marquinhos has extended his contract with the French champions until June 2024, the club announced on Monday.

The 25-year-old Brazilian, who joined the capital side from Roma in 2013, has played 271 games for PSG and won 14 major trophies including five Ligue 1 titles.

Marquinhos told AFP last year that he wanted to finish his career at the Parc des Princes.

“If all this continues on the right track, if I continue to be happy here with the project, we get everything we want and I have the admiration of the fans, why not?” he said.

Several other PSG stars’ contracts finish at the end of this season, including the club’s record goalscorer Edinson Cavani, captain Thiago Silva and full-backs Thomas Meunier and Layvin Kurzawa.

PSG face Borussia Dortmund in the Champions League last 16, with the first leg on February 18, as they continue their bid for a maiden European Cup trophy.

Meanwhile, Marquinhos has become the fifth PSG player targeted by burglars after an attempted break-in at his house.

The thieves tried to force their way in while the central defender was in action for his side against Monaco in the 3-3 draw on Sunday night.

He joins Eric Choupo-Moting, Thiago Silva, Dani Alves and Layvin Kurzawa who are the other players targeted in recent months.

Marquinhos’ house in Vesinet was the scene of the attempted break-in but there was a security guard there, according to L’Equipe.

The guard called the police and four hooded men realised they’d been spotted so escaped out of the back entrance with police en route.

‘Investigations are underway to try to identify these burglars,’ a source told L’Equipe. ‘Now did they know they were at Marquinhos? Nothing can confirm it.

‘They can also be opportunistic thieves who have already acted on this sector.’

Choupo-Moting was robbed at the end of 2018 while he was at the Parc des Princes.

Burglars left with just over half a million pounds worth of luxury jewellery and leather goods.

Silva then had double that amount taken from his home at his mansion in Montmorency so Marquinhos will count himself lucky that the burglars were unsuccessful.

Tammy Abraham, Again Speaks On His international Decision Why He Neglected Nigeria