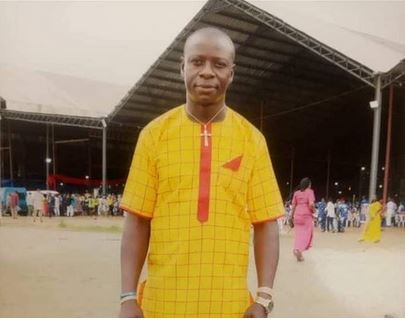 #JusticeForChima, Nigerian Twitter users were united in outrage over the heartwrenching story of the alleged killing of a mechanic Chima Ikwunado by some operatives of the Nigeria Police Force in Port Harcourt, the Rivers State capital.

Comrade Phils, a citizen journalist, shared the story on his Facebook page and has since sparked outrage on social media.

According to Phils, Chima was tortured to death by some rogue police officers attached to the Mile 1 police station in Port Harcourt.

He said the rogue operatives framed the mechanic and his four apprentices for robbery after he refused to give them ‘enough bribe’ for driving against traffic.

Chima’s customer who asked him to fix the two cars he was driving at the point of arrest shared the story with the citizen journalist after he was hinted that his mechanic had been tortured to death.

The cars they were alleged to have stolen had been returned to the owner (the customer) who said he never filed any complaint that his vehicles were stolen.

Reactions have been pouring in as the story went viral on Twitter, with popular rights advocate and #EndSARS advocate, Segun Awosanya aka Segalink, tweeting:

Thanks Distinguished. I have asked the relatives of the deceased as well as witnesses on the matter to contact @PoliceNG_CRU @AcpIshaku and follow his directives. All the officers named will be rounded up within 48hrs. #JusticeForChima #EndImpunity 🚨 https://t.co/SJi8LkK5Dg

Ekohotblog captured other reactions, see below;

This story is so sad, I feel defeated reading this. How is this even a country? How do we live like this ?
Re the Nigerian police even human ?
Who did this to us? #JusticeForChima pic.twitter.com/g1N0zL6ZKp

I woke up to the sad news of the murder of one Chima In Portharcourt by men of @PoliceNG. We’re gradually getting to the point where citizens will take laws into their hands & challenge the madness of the @PoliceNG. The State CP must account for the life of Chima #JusticeForChima

#JusticeForChima I m tired of hashtags such as this pic.twitter.com/Xrre5OYMCe

The Nigerian police is thr worst in the world, no cap! I have witnessed my own ordeal with them and it's no joke.

Considering they can arrest you and tag you a criminal for no good reason?

I can relate to this on so many levels. https://t.co/zaH0kILtvw

The Nigerian police is thr worst in the world, no cap! I have witnessed my own ordeal with them and it's no joke.

Considering they can arrest you and tag you a criminal for no good reason?

I can relate to this on so many levels. https://t.co/zaH0kILtvw