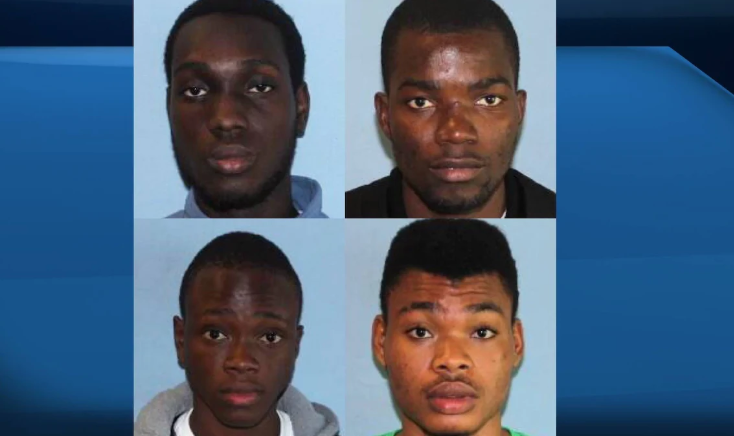 Four Nigerian students based in Canada, Kelvin Awani, 24, Jonah Eigbuluese, 22, Joshua Ometie, 25 and Clinton Newton, 27, are wanted by Canadian police authorities after they allegedly defrauded victims of over $2 million through online romance scams over the past two years.

Federal RCMP officers issued the arrest warrant after police investigation linking the Nigerian students who live in Regina, Canada, to over 50 Canadian bank accounts. Regina is the capital of Saskatchewan, Canada.

The police found the identities of the boys after lots of surveillance operations and numerous interviews which led to the arrest of Austin Newton, 28, while the other four young men are still at large but police believe they are still in Canada. Austin is to make his next appearance at Regina provincial court on April 21.

According to the Canadian police, they were surprised by how dedicated the alleged scammers were to defrauding their victims as they showed so much patience and made their victims fall in love with them.

“Police determined the five individuals have ties to what is believed to be a larger international criminal organization involved in the long-term running of online romance scams,” said the Saskatchewan RCMP in a press release on Friday.

According to the Saskatchewan RCMP anyone who knew the location of the alleged scammers should contact RCMP at (306) 310-7267.