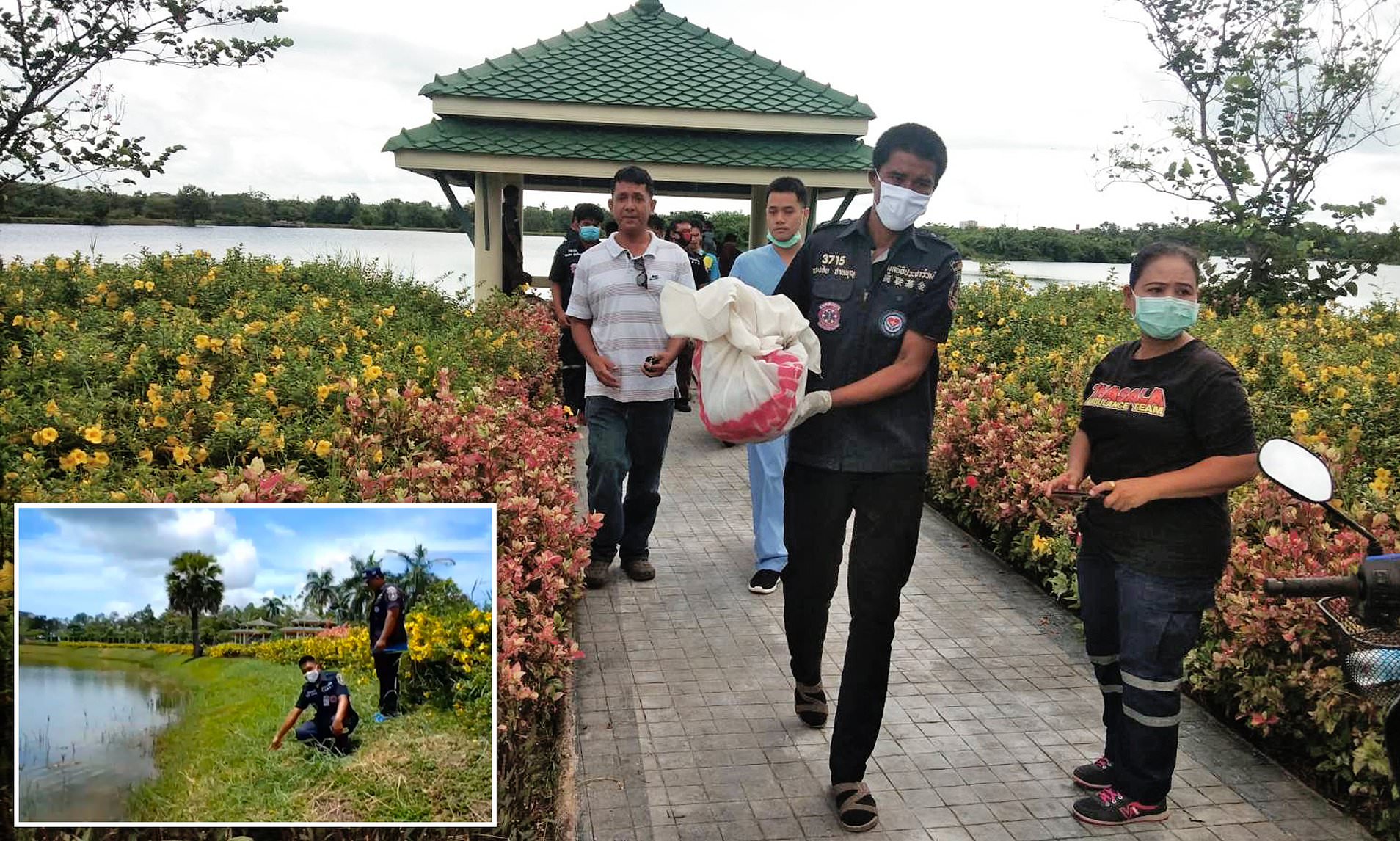 A newborn baby boy was eaten by monitor lizards after being dumped next to a pond.

The boy’s body was found in a black bag by a group of boys who went to play by the pond in Nakhon Si Thammarat, southern Thailand on Monday morning.

Nong Ake said he saw the dead infant inside and the baby’s internal organs had been ripped out.

Police arrived and found that the baby had been dead for one or two days.

They believe that the bite wounds on the infant’s body were from monitor lizards, which live in the pond and normally eat fish and scraps of food from bins.

However, officers are now investigating whether the newborn baby boy was abandoned while he was still alive and then eaten by the lizards or if the lifeless body was dumped there and then the scavenging reptiles started to bite at the corpse.

The dead infant was found inside and the baby’s internal organs had been ripped out. Pictured, police and ambulance staff take the baby from the scene to the hospital to undergo a post-mortem examination

Police are investigating if the newborn baby was abandoned while he was still alive or had already died when he was dumped by the pond. Pictured, a police officer points out where the baby was found next to the pond

He said: ‘We believe that the cruel mother left her baby by the pond before it was attacked by the monitor lizards.

‘We will check the CCTV around the area to try to identify the mother and arrest her immediately.

Lesotho Remains The Only African Country Without COVID-19