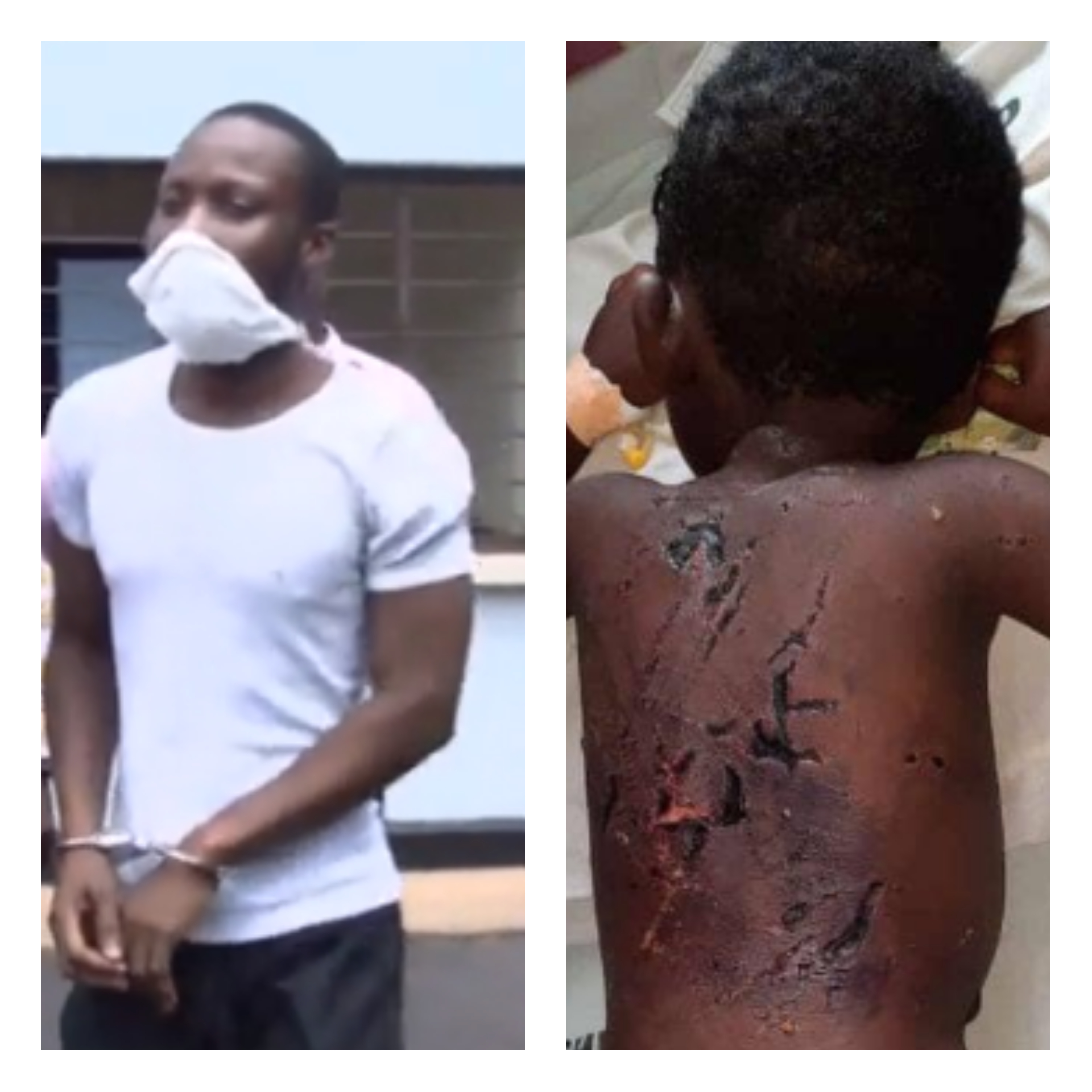 A Ghanaian dad has been arrested by the police for battering his three-year-old son, Junior, for bedwetting and being stubborn.

26-year-old Ebenezer Nana Bonsu, disfigured the body of his son using a cane and a naked wire.

According to Ghanaian media, Ebenezer and his son’s mum live apart. The boy lived with his mum until in April when she took him to spend time with his father and also celebrate his 3rd birthday.

The constant abuse the boy suffered in the hands of his father pushed a neighbour to alert his mother who came immediately to pick up her child. She and other neighbors were shocked to see what the man had done to the little boy

The man was arrested while the little boy was taken to the Manhyia Hospital in Kumasi where he is currently receiving treatment.

Don’t Miss This: EXPOSED: What 15 Chinese Doctors Came To Do In Nigeria

Ebenezer was arraigned before a Ghanaian court yesterday for assault and causing harm to a child.

He said he was innocent and that his actions were only to discipline his son.

His lawyer put forward a bail for his release because he had been in police custody since his actions against his son was reported to the police.

This plea was objected to by the Prosecutor, Inspector Regina Oparebea Amoako, who stated that the suspect would be a threat to the mother and the victim.

The judge granted him bail and refused to remand him in custody due to the Coronavirus pandemic. His trial will commence on May 21st.

Family members of the abusive father say they will be taking him to the hospital for a mental examination.

According to them, they recently noticed a strange behavioral change in him after he landed an employment opportunity and started interviews and presentations.

They described him as a very academically bright quiet person who keeps to himself a lot.

I Was Better Off In Prison, Says Lagos Convicted Criminal