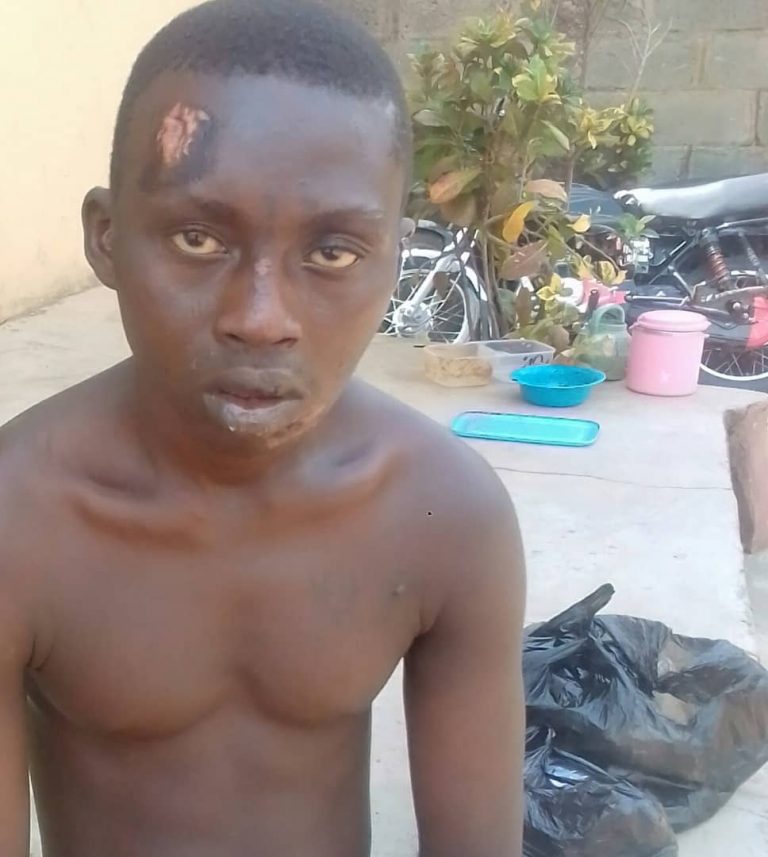 A 25-year old convicted criminal, Idris Eniola, who was released from prison custody two weeks ago in Lagos is now regretting over his release and confessed that his life was better when he was in custody.

P.M.EXPRESS reports that the Osogbo Osun State-born Eniola was arrested, charged before the Court, convicted and then sent to prison in Lagos for  committing a criminal offence.

However, when his sentence elapsed and the Prison Authority released him back to the society, he came out and committed another criminal offence and was caught by the Police.

Eniola, who is now in Police custody at FSARS at Ikeja, Lagos, said that when he came out, it was tough for him to eat talk less of undergoing any form of rehabilitation; his mother also rejected him and he went back to crime.

Read Also: I Will Expose You On Sunday, Reno Omokri Tells Gambari

“When I was released last two weeks, I came out and discovered that the prison was better. My mother, who lives at Ayobo area, was disappointed in me and so rejected me. I could not see food to eat and I had to move to Abesan High School. There I met other members of my gang and we took off from there for robbery operations at Abesan Estate and we were caught.”

He said he doubted if he will come out alive from the trouble he found himself and revealed that some forces usually push him to commit crime probably to destroy him.

He said: I was a battery charger before I turned to armed robbery because i was not making much money from the business. We then formed a gang and we usually go for operations before I was arrested and jailed”.

Eniola was among the three armed robbers arrested by the Police at Ipaja Division led by the CSP Tokunmbo Aboniwonda at Abesan Estate during a robbery operations at 3am. The other two members of his gang included Jamiu Olarewaju, 20 and Segun Oluwole, 21.

The Police recovered arms, 14 different mobile phones and sim cards stolen from their owners during the operation before the Police received information, went there and busted them.

They have since been transferred to the FSARS, where they are undergoing interrogation over the robbery and from there will be charged before the Court for armed robbery which attracts several years of imprisonment.

How Powerful Ogboni Leader Was Killed By Gunmen In Ondo