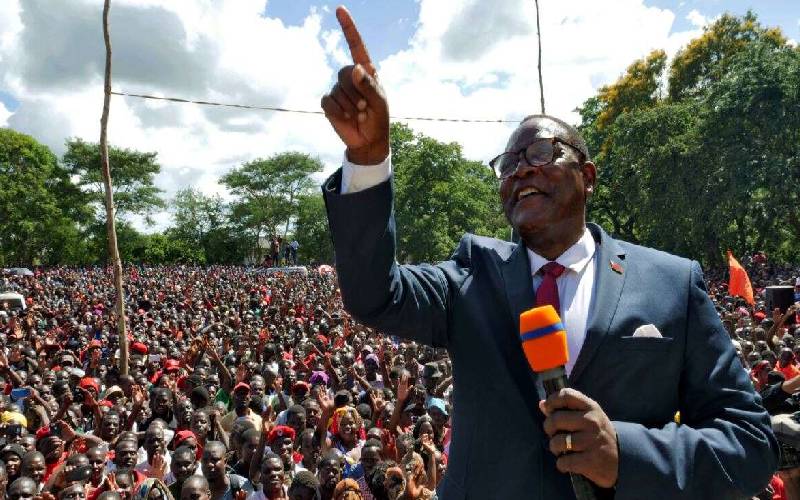 Former General Superintendent of the Assemblies of God Church in Malawi, Lazarus McCarthy Chakwera has now assumed his new position as president of the country.

Chakwera was sworn in on Sunday, June 28 2020,  as the sixth president of Malawi after he defeated incumbent president, Peter Mutharika in the election, having obtained almost 59% of the vote.

Prior to his new position as president, 55-year-old Chakwera who was born in Lilongwe, the country’s capital,   was President of the Malawi Assemblies of God from 1989 but resigned on 14 May 2013 to enable him to concentrate more on front-line politics.

He remains God’s minister known to serve God’s people in a different context other than the church.

He became the  leader of the Malawi Congress Party in 2013 and was previously Leader of the Opposition in the National Assembly following highly controversial elections held on 21 May 2019 which were overturned by the Constitutional Court.

Chakwera joined forces with UTM leader Saulos Chilima, forming an Alliance in preparation for the June 2020 Malawi General elections. This happened when Court ruled out the 2019 General elections due to massive irregularities after DPP claimed victory.

He is the only son of his parents  with surviving sisters.

Lazarus Chakwera is married to Monica and together they have four children and grand children.