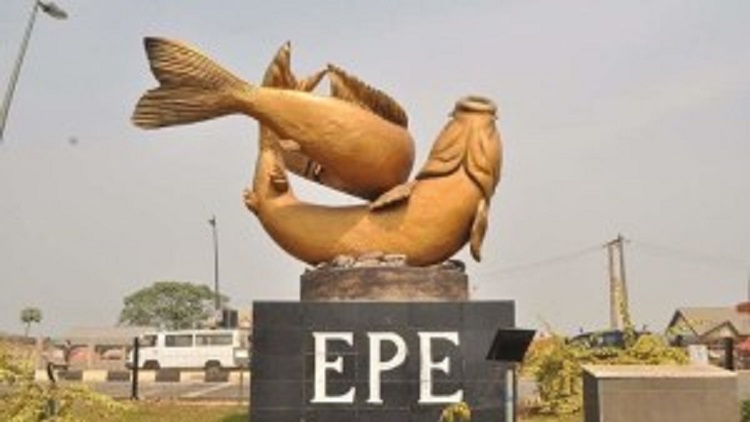 The demise of Senator Adebayo Osinowo has Lagos East senatorial district without a representation at Nigeria upper legislative chamber, the senate.

The Independent National Electoral Commission (INEC) will have to conduct a by-election to fill the legislative void that is left by the death of Osinowo.

To this end, the battle to emerge the candidate of the All Progressives Congress (APC), which is the party that’s likely to produce the senator, has been repleted with intrigues, vicious Scheming, aggressive lobbying, horsetrading and political alliance.

Afraid that its local government might be sidelined in the grand scheme of things, the Epe division has decided to make a case for the imperativeness of a candidate from Epe.

The group made the call in statement issued by its leadership on Monday.

The forum hinged its agitation on the fact that, of all the five local government that made up Lagos east senatorial district, only Epe is yet to produce a representative for the district at the senate.

The group argued that the death of Osinowo should be a perfect for the local to produce a senator for the district.

According to the forum, such opportunity would strengthen the common trust and brotherhood love which the local government have gestured to others.

It added that Epe had men and women of sterling reputation and proven leadership qualities that will be of immense benefit to the people of the district.

The full text of the statement is reproduced below.

Gentlemen of the press, We are highly honoured and delighted to address you on this crucial occasion which was called to discuss an issue of outmost importance as it concerns we the most productive segment of our society. Epe Division Forum (EDF), is a public group that is committed to good governance, accountability and transparency in government, and the enthronement of probity in public service, most especially in the affairs of government throughout the division. No doubt the growth and development of our immediate environment, the state and the country at large is our utmost priority.

In the same breath, permit us to use this scrupulous medium to express our sincere condolences to the family of Senator Bayo Osinowo, member representing Lagos east senatorial District at the Senate. His untimely demise came as a rude shock to us. We shall forever miss his insightful contributions towards the advancement of our senatorial district, Lagos State and dear nation Nigeria at large.

We wish to extend our sympathy also to our National Leader Asiwaju Bola Ahmed Tinubu, the ground master of modern day African politics, the man of the people, a leader with unbeatable legacies and the only standing grassroots politician across the Nation. Pls accept our condolences our great leader, the demise of Sen. Osinowo came when you needed him most, as his loyalty and commitment toward the course of better Lagos and Nigeria which has always been your stand was equal to none, God will provide a perfect replacement.

As we are all aware the departure of Distinguished Senator Bayo Dhikirullahi Osinowo has created a vacuum in the Lagos East Senatorial seat which must be filled to further guarantee effective representation of the Senatorial District at the Red Chamber of the National Assembly. This has necessitated the need for an election in few months time, indeed the election is of utmost important to the entire people of the senatorial district as we look up to the perfect replacement, as such any decision either positive or negative ahead of the election will have a direct bearing to the people, which was the main rational for this pressing briefing as the people involve to make some salient contributions ahead of the election, as we believed it is also in the common interest of our leaders to run a system that everyone will all be carried along.

Considering the recent space created by the death of our leader Osinowo, one would assume that it is high time Epe Local Government is giving the chance to represent to help strengthen the common trust and brotherhood love which the local government have gestured to others, But you will all agree with me that some political gladiators from Kosofe LGA, Epe LGA, Ibeju Lekki LGA, Ikorodu LGA and Shomolu LGA have all queued again in their quest to clinch the party ticket and further take control of the senatorial seat. This has left the good people of Epe Local Government in the awe of shock as we ask, when will we get it right at the senatorial district?, When will we learn to balance the politics considering that it should be mutual benefits across all local governments within the district.

While we also make consideration of who the rightful candidate within the local government should be, we must bear on mind that all we need is a leader who have all it requires to give the best representative to the people, a leader who will unite the people, we need a leader who will be there for the people at all time. Indeed these and many numerous qualities are the uncommon virtues embedded in the political leaders across the local government, all that is required at this crucial time is the opportunity to prove them.

Epe Division Forum therefore deem it very sacrosanct to passionately appeal to the leaders of APC across the senatorial district, Lagos state at large and the National leader Asiwaju Bola Ahmed Tinubu to consider Epe Local Government, as we makes the following modest plea from our party leaders:

1. That the party ticket for the senatorial district bye election should be zone to Epe local government.

4. That Epe local goverent has men and women of proven leadership Worth and outstanding track records who have all it requires to render most effective services to the people.

At this juncture, We crave the indulgence of the party leadership to consider the above plea in their decision making on who flag the ticket of the party ahead of the senatorial district bye election. We as a group so much believe in the judgement of our leader, the political strategist, the Jagaban of Africa Asiwaju Bola Ahmed Tinubu as he is known for always being just, fair and utmostly considerate in his decision making as he listen to the people and welcome a progressive and unifying ideas irrespective of where ever or whosoever the ideas come through, we believe he will give our request the desired consideration required in promoting all inclusive democratic practices in Lagos East.

We wish to emphasize that since inception of our dear Lagos state, we have never had a leader like Asiwaju Bola Ahmed Tinubu who have set Lagos state on the part of modern world, with an unbeatable blueprints. His unifying role and great leadership potentials earned him the global recognition he enjoys across Nigeria, Africa and the world at large. He only associate with the best leaders with the peoples interest at heart, and we believe he will mediate in making sure there is no marginalization across the senatorial district.

Thank you all and remain bless!

ASUU States Position On Reopening Of Schools Amid COVID-19 Pandemic