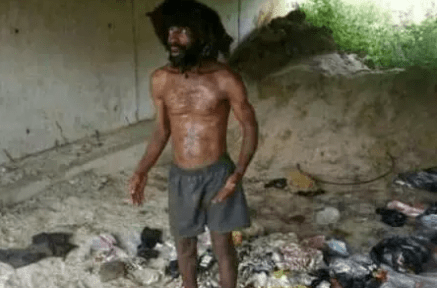 Two suspected ritualists with human bones were apprehended by Delta State Police Command at Igbogidi in Udu Area council of the state on Sunday.

Report gathered that these two had been disguising to be mentally disordered.

According the Delta state police commissioner, Mr Hafiz Inuwa, he disclosed the arrest of these suspected ritualists to the newsman in Asaba on Monday, mentioned their names as; Yakubu Bala Dagan 33, and Emmanuel Obughor 30.

The commissioner explained that the duo were nabbed at their hideout at DSC Expressway, in Igbogidi in Udu area council of the state.

According to Inuwa, he said a man known as Stephen Oyibare, and a leader of vigilante group, came to the police station and reported.

Report gathered that the suspects were apprehended and some items were recovered including nine human bones, a pair of skating shoe, 15 used baby pad, a red brownish powdered substance wrapped in the polythene bags.

It was said that some document were also recovered as well, such as voter’s card owned by one of the suspected ritualists and others including a sack containing clothing.

The commissioner, Inuwa added in his statement that the disguised ritualists were coherent in their speech at the time they were being arrested by security operatives.

The bones received from these two suspected ritualists have been taken to laboratory for an analysis on Monday.