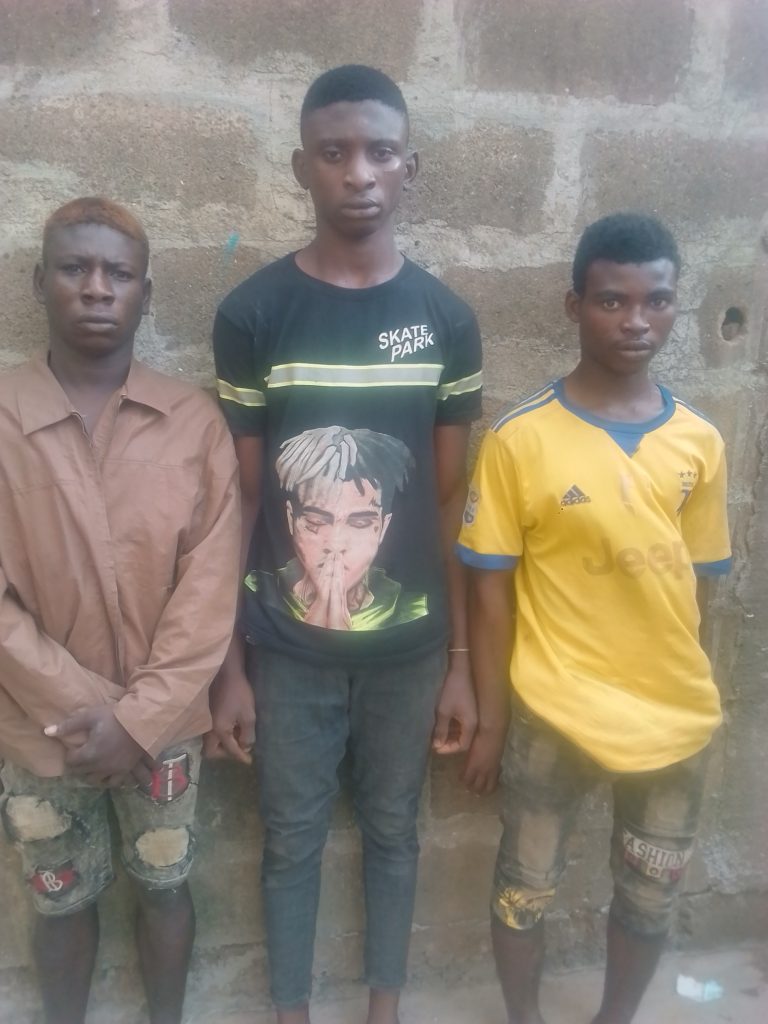 It was a sigh of relief for residents of Ejigbo, Isheri Oshun and Ijegun areas of Lagos after the Police from Ejigbo Division led by the DPO, CSP Olabisi Okuwobi busted some teenage robbers terrorizing people in the area during operation.

The Police source said they were arrested while they blocked the road immediately after the bridge forcefully disposing people of their valuables at night at about 11pm with arms such as cutlasses, knives and razor blades.

According to the residents, the suspects had been terrorizing, inflicting injuries on people in the area and robbing them almost on a daily basis before the Police got intelligence on their mode of operation and eventually smashed them.

During interrogation, the suspects were said to be mobile robbers, who move from one place to another such as Yaba, Oshodi, Mushin, Ikotun, Ijegun and other areas to rob before they were arrested over the weekend during operation.

The arrest of the suspects attracted the attention of the residents who went to the Police Station to confirm their arrest and discovered that they were in Police custody.

It was gathered that they have confessed and mentioned areas they usually operated and mentioned Idi-Oro area of Mushin, Lagos as where they sell their loot after operation.

P.M.EXPRESS could not speak with the suspects, who were said to have been released from the Correctional Centre, they reunited and then started robbing after they came out.Police source said that the suspects will be charged to Court after the conclusion of investigations.